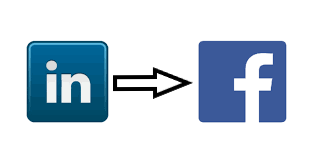 For those of us who either quit Facebook after realizing its pernicious impact on our time, mental health and even societal well-being, or the wiser ones who chose to never join, this may sound ominous assuming you’ve been a LinkedIn user for a while as part of your effort to grow your professional network.

LinkedIn has always also been a social media platform, with several functional similarities with Facebook, including the ability to post/share your thoughts, have people connected or removed like or share them and of course comment on them. And since the people using both are well, people – it’s not surprising that similar behavioral incentives work across platforms. The desire to get likes, to be lauded or at least seen/shared and to be engaged with.

The difference was always meant to be in the content and the tone/tenor of the content. While Facebook understandably was a free for all, with no restrictions on what you could share (private, personal, professional – anything really), LinkedIn was designed to be professionally oriented. While a loose definition, I don’t think it’s wrong to suggest that some of what we see people posting/doing on LinkedIn today doesn’t quite meet that bar. Some examples include:

Can we stick to finding new jobs, suitable candidates, deep-pocketed investors or expanding your networking opportunities in general, but all on the business front? I do believe a silent majority on LinkedIn will welcome that.